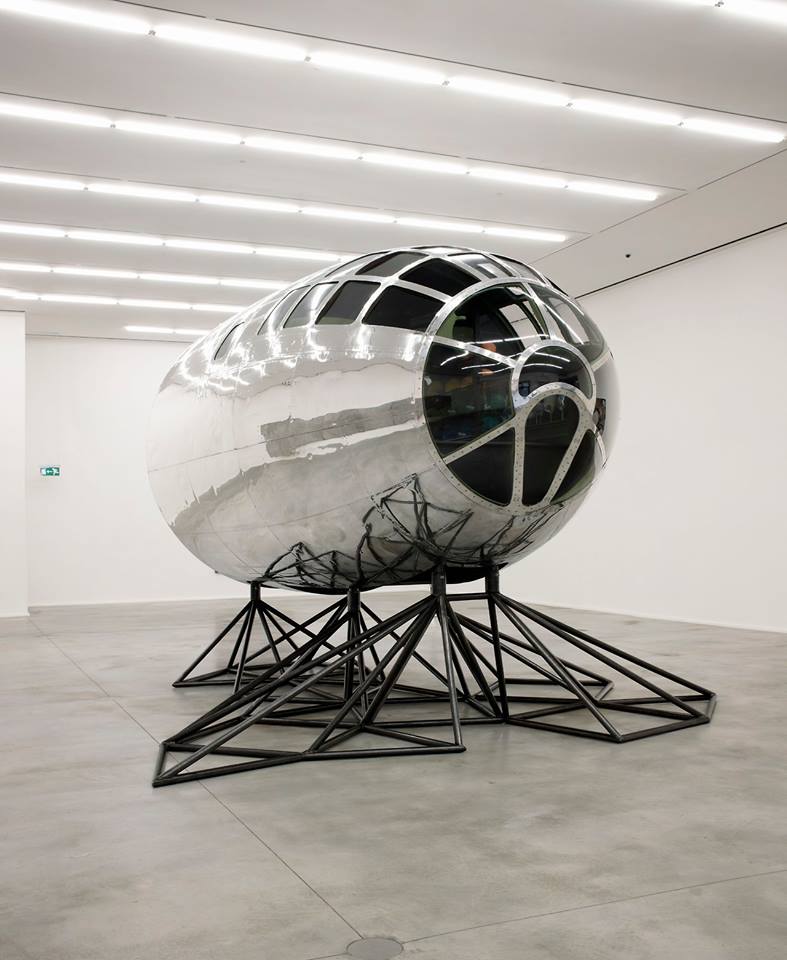 Matthew Day Jackson creates all-encompassing works in a wide range of media that make connections between seemingly disparate themes and narratives, from Impressionist painting to the surface of the moon; art history to rap music; nuclear testing to paranormal activity. Jackson’s work also addresses his theory of the “Horriful,” the belief that everything one does has the potential to evoke both beauty and horror at the same time. In Jackson’s mixed-media sculptures, installations and assemblages, history does not follow a linear progression, but exists in and alongside the present.
.
.
.
.
.
.
.
source: camhorg

Born in 1974 in Panorama City, CA, Matthew Day Jackson lives and works in Brooklyn, NY. Jackson first grabbed art world attention through his entry in the 2005 exhibition Greater New York at P.S.1 in New York City. His work, Sepulcher (2004), was a Viking burial ship with sails made from the artist’s punk rock T-shirts stitched into a giant, Mondrian-like painting. For the 2005 Whitney Biennial of American Art, Jackson contributed Chariot, The Day After the End of Days (2005-2006), a pioneer covered wagon floating above a bed of fluorescent tubes.