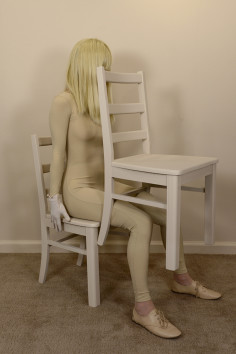 source: dlectricity
Nicola Kuperus and Adam Lee Miller have been living and working in Detroit for nearly 20 years. They divide their time between visual and performative art. On the visual side, Kuperus works in video and photography. She has exhibited domestically and internationally, and has participated in numerous art fairs. She has upcoming group shows in Chicago and the Detroit Institute of Arts. Miller works in painting and video. He just completed a month long artist residency in Japan, ending with an exhibition at the Museum of Modern Art Saitama. On the performative side, Kuperus/Miller are the band ADULT. (circa 1997). ADULT. have released 4 albums along with numerous singles and remixes. ADULT. have performed worldwide from Moscow to Bogotá, in traditional venues like The Echo (Los Angeles) to unexpected venues like The Andy Warhol Museum (Pittsburg). ADULT. strive to intersect the lines between art and audio. Their recent focus has been on exhibiting their 113 minute film “The Three Grace(s) Triptych”, including Anthology Film Archives (NYC), Detroit Institute of Arts, Distrital Film Festival (Mexico City). The film is screened with live soundtrack accompaniment by ADULT. New ADULT