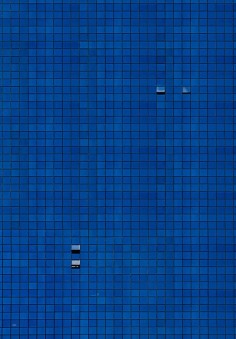 Niv Rozenberg is a Brooklyn based photographer originally from Israel. He holds an MFA in Photography from Parsons, The New School for Design, and previously graduated with honors from the department of photography at Hadassah Collage in Jerusalem. Niv is a former recipient of the America-Israel Cultural Foundation scholarship. In the summer of 2014 he had his solo exhibition at Simon/Neuman2 Gallery in Brooklyn, NY. In 2013 he has participated in the Byrdcliffe artist residency in Woodstock, NY, and for the last two years he was commissioned to photograph the Frieze Art Fair New York Campaign. Niv’s work has been shown nationally and internationally in exhibitions including: BRIC Biennial, Atlanta Celebrates Photography, Regina Rex Gallery, Another New York by ArtBridge, Shalom Meir Tower Gallery to name a few. His photography work received awards such as: Ones2Watch for Atlanta Celebrates Photography, IPA (International Photography Awards), The Lucie Foundation 1st place, and the Adobe Achievement Award Honorable Mention; and were featured in The New York Times, The New Yorker, Frieze Magazine, Artforum, Greenpointers, Muse, Telavivian, among others.
.
.
.
.
.
.
.
source: notesfromtheeditortelavivian
The photographic images Niv Rozenberg creates allows us to see the urban environment through a new perspective. With New York City and Tel Aviv as his subjects, he “breaks the visual and spatial congestion of the city by constructing an archetypal form, isolated from function and separated from the city’s total urban structure.”

Rozenberg’s “buildings” have the distinction of being visually perfected for a world in which there are no boundaries, a world as we imagine it, if not now, then in the future? This continuation of space that suits the eye and compels the viewer to look again, just to be certain that the first impression was correct, imparts a totally realistic image while in fact being totally surrealistic.

Niv Rozenberg is such a talented artist whom I immediately thought was thought provoking and beautiful. His work is visually beautiful and deals with the idea of perfection and reality”. Although the images are taken in Tel Aviv and Manhattan many people feel as if they too have seen these perfect buildings in their own cities.

Rozenberg’s detail gives his images room for fantasy. Only after a while does one notice a piece of clothing hanging on one of the many balconies or a shift of color in the very corner of the image. These cityscapes in miniature allow the viewer to imagine the goings on behind the perfection of the facade. As if the inner workings of our personal lives are shielded by the unanimity of societal expectations and norms. The ways in which we work and live, stacked horizontally and vertically, gives way to a futuristic picture of geometry and color. Balance creates calm, and yet there is always a small element in these images that feels off. As if if lifted to allow an inside peek, a chaotic scene beneath would be observed.

Rozenberg’s photos, give us a close-up look into the parts that create the whole, that can easily be re-assigned to any modern metropolis where we all live in actuality and/or metaphorically.