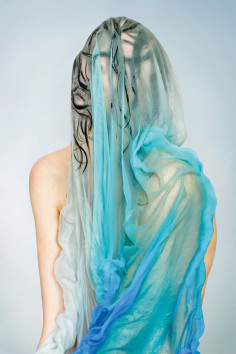 source: duperreorg
To measure means quantify with restraint and temperance. It is a reassuring element that helps us in building ourselves. I cannot discuss it with respect to scientific aspects, since measure conveys my understanding of the reality. It is as well morally impossible to me to refute it, as it restricts all the perversions.
The notion of measure becomes difficult to grasp as soon as it moves away from both the later values. But its legitimacy appears questionable as it also restrains my actions within a subjective frame, confining me in boxes, in which overflowing remains forbidden.
The child’s colouring is an illustration of this. It’s a delimited drawing, where you only have to apply colours without ever “crossing the line”.
Flying free out the box in a liberty impulse is often regarded as a mistake.
I believe that from the very beginning we force each-others to stay on a balanced line, never exceeding measure. Suddenly I am bored of those rules, whose existence is only justified by authority without being grounded in necessity or legitimacy.
I move, reverse, manipulate the rules so that they cannot integrate in any frame. My measure is dynamic, it always ties and unties, endlessly exceeding itself.
I overflow, going past the initial measure. The resulting drift becomes my new measure and imposes on me another frame, a palette with rigid outlines. I am confronted to strict and solid delimitations. One more time bored of being subjected to the measure. Frontality of a boundary-object forbidden to transgress. At first I stand immobile facing the closure-space of possibilities. Growing tired of my static state, trapped where there it is only coercion stopping proper distinction. I’m feeling enclosed in an agent’s skin, conforming to a structure all around me. I am going round in circles.