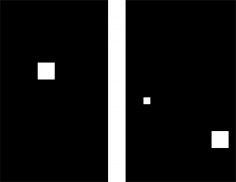 Magnavox Odyssey
Developed by Ralph Baer, the father of the video game, the Odyssey was the first home console. It was battery powered, and featured a controller with two knobs to move horizontally and vertically. Games included ‘Cat and Mouse,’ ‘Hockey,’ and ‘Shooting Gallery,’ which was playable with an electronic rifle peripheral.
.
.
.
.
.
.
.
source: arstechnica

Even if you’re a devoted fan of video games, there’s a decent chance you’re not familiar with the name Ralph H. Baer. This should be considered gamer high treason considering Baer’s importance in creating the concept of home video games and the vast, varied entertainment ecosystem now built upon them. Despite being the one to push the dominoes toward an industry that currently makes billions of dollars annually, the bulk of the gaming community has largely forgotten about him.

Now a 91-year-old widower, the German-born Baer is the inventor of the Magnavox Odyssey, the world’s first video game console. The Odyssey is predated in the games-on-screens space only by experiments like Willy Higinbotham’s Tennis for Two and the coin-op dud Computer Space. But Baer also has a long and distinguished record as an engineer and inventor. The list of patents and gadgets in his name encompasses surgical-cutting equipment, “muscle-toning pulse generators,” submarine-tracking radar systems, video simulations for trainee pilots, talking books and talking doormats, iconic ‘80s toys like SIMON and Laser Command, and even launch displays and a lunar-resistant camera grip for the Saturn V and Apollo 11 space programs.

Invention, he told Ars during a recent interview, is as natural to him as breathing.

Still, by his own admittance, his greatest creation is the video game console. There’s no question that Baer is extremely proud of that invention’s lineage. When asked if he feels directly responsible for modern consoles like the Xbox 360 and PlayStation 3, his answer is clear-cut. “Totally.”

Baer was born in the Rhineland in 1922 into a fallen German Empire crippled by unprecedented debt and stricken by national shame and misery following a catastrophic defeat in the First World War. This wretched interbellum period witnessed the rise of the charismatic Nazi leader Adolf Hitler, and it was his violent and exclusionary anti-Semitic policies that drove Baer and his family first to the Netherlands and eventually to the United States in 1938.

As a young man, the immigrant Baer showed a flair for engineering and invention. In 1940, after a correspondence course at the National Radio Institute in Washington DC, he graduated as a radio technician. Then war came. Baer was drafted into the US Army in 1943 as a Private, where he served in Military Intelligence under Eisenhower. His degree and his natural affinity for machinery saw him writing invaluable training documents for Allied soldiers preparing for D-Day. Two years after his return from Europe in 1946, the 23-year-old began studying for the world’s first Bachelor of Science in Television Engineering at the American Television Institute in Chicago (founded by the inventor of the mechanical television, Ulises Armand Sanabria). Keep in mind that this was at a time when there were only a few thousand TV sets in the entire country.

Baer commenced his career servicing and repairing television and radio sets out of a small shop in New York, and he later worked with several electronics firms. It was in 1955, while working for Loral Electronics Corporation, that Baer recalls being tasked with “building the best television set ever.” Not perturbed in the slightest by this monumental challenge, he had a novel thought that would ultimately change the face of the entertainment industry forever: “TV gaming.” This, Baer tells me, was his “epiphany.”

Unfortunately, as Baer recalls, “management said no.” Loral considered the idea of games on TV a little too outlandish and a little too expensive at the time. Already behind schedule, the company pushed forward with plans for a TV set without games. For 11 years, Baer’s idea hibernated, biding its time for the right moment.