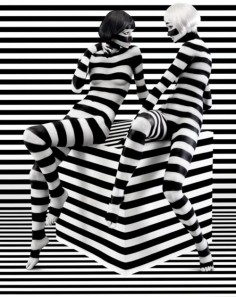 source: sagmeisterwalsh
Sagmeister & Walsh is an NYC based design firm that creates brand identities, commercials, websites, apps, films, books and objects for clients, audiences and ourselves. We are a full service studio creating strategy and design across all platforms.
.
.
.
.
.
.
.
source: sagmeisterwalsh
Stefan Sagmeister
Stefan Sagmeister is a designer and art director from Austria who currently lives and works in New York City. He has worked for the Rolling Stones, The Talking Heads, Lou Reed, and The Guggenheim Museum, among many others. Exhibitions on his work have been mounted in New York, Philadelphia, Tokyo, Osaka, Seoul, Paris, Lausanne, Zurich, Vienna, Prague, Cologne & Berlin. He co-directed a documentary “The Happy Film” which premiered this spring at Tribeca Film Festival.

Jessica Walsh
Jessica Walsh is a designer and art director living in NYC working for clients such as Jay-Z, Barneys, The New York Times, Levi’s, and The Museum of Modern Art, among many others. Her work has won most major design awards and has been featured in numerous books, galleries, museums and magazines worldwide. She has received numerous distinctions such as Forbes Magazine “30 under 30 top creatives designing the future”. Her book “40 Days of Dating” is being turned into a movie.
.
.
.
.
.
.
.
source: juliennedickeywordpress
Jessica Walsh, designer and art director, lives and works in New York; she became a partner in the high profile design company Sagmeister and Walsh when she was only 25. She has won a number of prestigious awards. Her work incorporates photography, painting and digital design; it has been described as “bold, emotional and provocative”.

This series of ad campaigns (of which only 3 are shown here) were for the luxury Lebanese department store Alzone. In the first campaign, models were body-painted in black and white patterns, to match the store’s own colour scheme. The second campaign used bright colours, with projected text. The third has text emanating from female figures, through the illusion of clouds, scarves etc. Most of the ads are characterised by “mottos” – short and simple. At first reading I thought this might be because the audience’s first language is not English, but in fact it seems to be typical of the company’s output. To me the slogans are slightly vacuous – the kind of thing you might get on a cornflake packet – soundbites which sound good but which are fairly meaningless and certainly not designed to challenge the status quo in relation to gender roles. I suppose the reasoning is that providing a positive message to women – even if temporary and shallow – may make them feel sufficiently uplifted to buy a product. Despite my reservations about the slogans, I think the ads are very effective – clever and eye-catching, with a very high quality of production. I especially like the black and white ones, which have an optical illusory effect: the models are decorated so as to blend in with the background, yet provide a very 3-D effect. It is noteworthy that these models were actually painted, rather than the whole thing being done on Photoshop; this is typical of the lengths Sagmeister and Walsh go to to implement photo shoots.

There is a short documentary about Walsh in which she talks about a project she embarked on with a friend and colleague, “40 days of dating” – which is interesting in itself. During this she mentions how inspired she has been by both surrealism and her own weird dreams/nightmares – and by Stefan Sagmeister, who took her on immediately he saw her work despite her youth and relative lack of experience.

Sagmeister himself is extremely interesting and amazing – deserves a whole post to himself. He is known for his way-out designs – often for the creative industries especially music – but during sabbaticals from working with clients he also produces experimental artwork for indoor and outdoor exhibition. There are some interesting on-line videos featuring him (3). A couple of examples of his work below – which show the influence on Jessica Walsh. (I also discovered, in relation to the slogans above, that Sagmeister is very concerned with social issues, and sees the kind of text in the ads above as conveying important messages about his philosophy and the kind of society he wants to promote.)