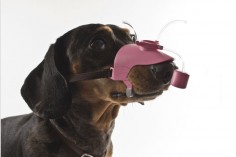 Soomi Park is a designer and an artist based in London and Seoul. Her earlier works focused on media art, but is now also exploring areas of speculative design. Soomi is interested in on the social, cultural and ethical consequences of emerging technologies using design as the medium, and to explore those consequences and ask probing questions. As digital technology develops at speed, personal privacy is becoming an increasingly important issue. Many people seem willing to sacrifice their privacy in order to use digital communication, sharing personal information like never before, while others have begun to use technology to protect their privacy and take control of their digital lives. Soomi’s interest lies in asking whether it is possible to achieve total privacy while still getting the benefits from digital communication technologies. Soomi Park, who was our first artist in residence in Seoul has recently completed her new project, The Republic of Privacy, having ended her research at The Royal College of Art in London. Soomi has been working on the subject of privacy invasion issues, and has illustrated through a speculative scenario by creating a fictional nation where people can have a life that is 100% private. She has illustrated 3 alternative systems of this nation: Marriage Ritual- ‘Identity Marriage’, Personal Identification- ‘Sniffer Dog Authentication’ and Communicating Language system- ‘Chromatic Encryption’.
.
.
.
.
.
.
.
source: soomipark

Soomi Park is a multimedia artist and designer based in London, United Kingdom and Seoul, Korea. She received her MA in Design Interactions at the Royal College of Art in London, Digital Media Design from International Design school for Advanced Studies(IDAS) Hong-Ik University, and BFA from Sookmyoung Women’s University in Seoul. Her work encompasses a range of mediums, including interactive installations and media fashions. Most of her artwork comes from her curiosity about new types of emotional design, which are inspired by online and offline features that show the dialogue between human, the world and their connection.

Her work has been acclaimed by international pundits for its ingenuity. Her LED Eyelash won her Honorary Mention under the section of Interactive Art at PRIX Ars Electronica 2008. The juries said, “Soomi Park’s LED Eyelash is in a category of its own-glittering, yet profound, clumsy yet extraordinarily beautiful and strange, and dealing with important issues of gender and identity with a disarming and charming sense of playfulness.”. Her work has been featured by numerous online and offline media outlets such as See Yourself Sensing, Functional Aesthetics, Gizmodo, Fashioning Technology and We-Make-Money-Not-Art. Her work has been exhibited at festivals and galleries in Seoul, Incheon(Korea), Aarhus (Denmark), Linz (Austria) and Limerick (Ireland) including the first her solo show, Anxiety E(A)nd, at Platoon Kunsthalle (Seoul, South Korea) during her studio residency period. She has been taught at universities in Korea about design,art and wearable technology.

Soomi is practicing art at her studio, Imoos+, and with an artist group, KalmontFamily.

Soomi is living in London now.

The Republic of Privacy is a fictional nation where people can live in absolute privacy. This project starts with a simple question: What kinds of new systems are needed to guarantee a life that is 100% private?

‘Sniffer Dog Authentication’ is an identification system that works on human odour. Instead of using written personal data storage for authentication, this system employs dog’s smell recognition for identification. This is used in financial applications, such as ATM and pay envelopes, driving licences and healthcare certificates.

The ‘Sniffer Dog Authentication’ system raises the issue of personal information in the financial system. By showing an alternative identifying system, the project reveals the complex structures of today’s financial system. This convenience system relies on correct identification of the individual, therefore security threats to personal data are no longer an issue.

The deeply embedded reliance on those data in the system makes alternatives seem unfamiliar. The oddness in the design solution emphasise the importance and complexity of those issues.

The design exemplifies what new human-technology interaction are necessary in order to use this system. How will the sociological definition of ‘privacy’ change if people have to let a dog sniff their private body parts in order to have freedom from personal data storage?