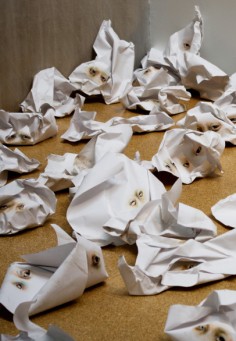 Timothy Lee is a Korean-American artist born in Seoul, South Korea, but raised in New York City. Growing up in midst of his parents’ culture and the culture in which he was raised, Timothy was highly influenced by the interplay between his two identities, which greatly informed his artwork.

Timothy graduated, with high honors, from Wesleyan University, having majored in Neuroscience and Behavior, Studio Art (with a concentration in drawing), and Biology (Developmental). Originally intending on attending medical school after graduation in hopes of becoming a physician, Timothy quickly dropped this ambition upon realizing his true passions, which lay in art. However, the impression from years of scientific training is clearly visible in the way he approaches his artwork.