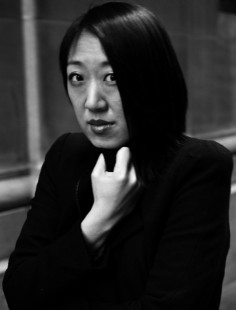 Young Jean Lee’s Theater Company (YJLTC) is an experimental theater company that has been developing and producing shows written and directed by Young Jean Lee since 2003.

In his citation for the 2010 American Academy of Arts and Letters Literature Awards, Academy member Romulus Linney wrote:

“Young Jean Lee’s plays are fierce, challenging, brazenly theatrical, and then transcendentally lyrical. Her wit is both biting and hilarious. Her subjects big, bold, and daring, but truthful and humane. In seven years, as author and director, she has created a theater like none other, and with it, a fresh dramatic language for the multi-cultural American stage.”

When starting a play, I ask myself, “What’s the last show in the world I would ever want to make?” Then I force myself to make it. I do this because going out of my comfort zone compels me to challenge my assumptions and find value in unexpected places. I write my shows as I’m directing them, working collaboratively with my performers and artistic team and getting feedback from workshop audiences. Our goal is to find ways to get past our audiences’ defenses against uncomfortable subjects and open people up to confronting difficult questions by keeping them disoriented and laughing. My work is about struggling to achieve something in the face of failure and incompetence and not-knowing. The discomfort and discovery involved in watching this struggle reflects the truth of my experience.

With her band, Future Wife, playwright Young Jean Lee takes the stage in a life-affirming show that anyone could perform, about the thing everyone has in common: We’re gonna die. You may be miserable, but you won’t be alone.
.
.
.
.
.
.
.
source: youngjeanleeorg

Playwright Young Jean Lee was described last year by The New York Times as “hands down, the most adventurous downtown playwright of her generation”—a characterization confirmed by her cheerfully trekking uptown to conduct this interview. The Washington state native moved to New York City in 2002 intending to become a playwright, after spending five years at UC Berkeley working on a Ph.D. in English Literature, specializing in Shakespeare. Despite being a former academic and a noted writer, Lee is extremely open, direct, unpretentious, and funny.

With a diverse body of work, Lee has always created shows that test the boundaries of her audience’s comfort zone—and her own. She’s dealt, for example, with black identity (though she is Korean-American), with gender (performed by an all-nude cast in Untitled Feminist Show); and with her father’s terminal illness, in LEAR.

These days, she sings with her band Future Wife, whose first album, titled We’re Gonna Die, will be released on August 6. The album is composed of songs and a series of poignant but hilarious anecdotal monologues dealing with human failure, sickness, aging, and death; they were originally featured on stage during the world premiere at Joe’s Pub, which won her an OBIE Award. The show then moved to LCT3’s Claire Tow Theater at Lincoln Center, where it sold out after half an hour. On the album, Lee doesn’t do all the monologues herself—she’s recruited supporters like David Byrne, Laurie Anderson, Ad-Rock, Kathleen Hanna, Drew Daniel and Martin Schmidt (Matmos), Sarah Neufeld (Arcade Fire), and Colin Stetson to help out.