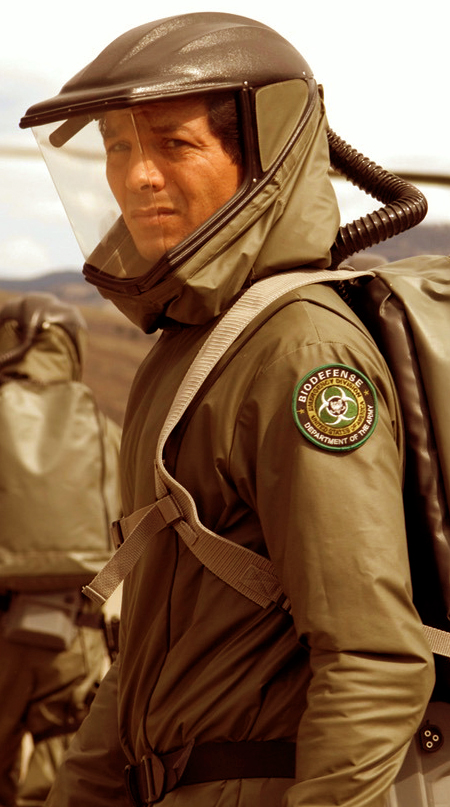 Less faithful to the original text than Robert Wise’s 1971 film, the current version, whose executive producers include Tony and Ridley Scott, retains the essential elements of the plot: a government satellite on an intergalactic germ-related fact-finding mission crashes into a small town out West, emitting a deadly pathogen that kills everyone nearby save for an unhealthy older man and a baby whose survival is an epidemiological mystery. The military is called in to contain the disaster, and a team of high-status scientific researchers is assembled to determine the capacities of whatever is causing this plague and thus forestall the end of civilization.