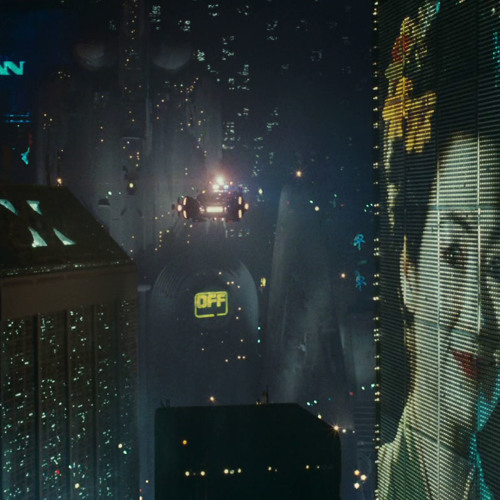 Blade Runner
Vangelis’ soundtrack for Blade Runner remains one of the relatively few soundtracks to establish an enduring reputation as fine music in its own right. Vangelis, by mid-1981 when he was first invited to view a rough cut of footage from Blade Runner, was at the peak of his fame as a solo artist, following a half-decade long run of successful albums[…] Vangelis cleverly chose to adopt the film’s aesthetic as his own. The film wielded futuristic sci-fi to film noir detective drama and action, owing much to psychological thrillers or horror. The most obviously jarring example of how Vangelis simulated this approach was his commissioning of the ragtime jazz song ‘One More Kiss’, which he positioned at the very centre of his album of cutting edge electronica.