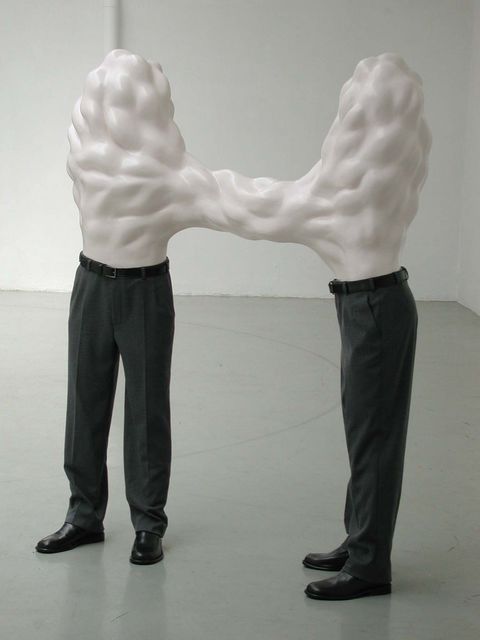 Chang and Eng
William Cobbing is an artist living and working in London. Starting from a sculptural sensibility his artwork encompasses a diverse range of media, including video, installation and performance. In the artworks, people are often depicted as being fused with the surrounding architecture, or buried under layers of clay or concrete, from which they absurdly struggle to extricate themselves. The space in which he installs the artwork is where it take shape, often responding to the layout of a gallery or an external context such as the facade of a building, or through replacing manhole covers in the street