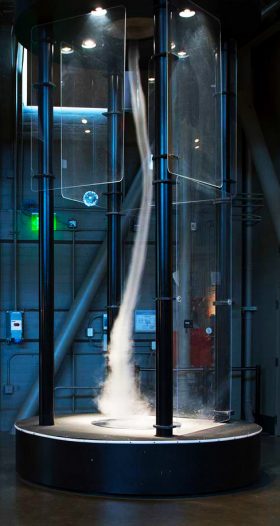 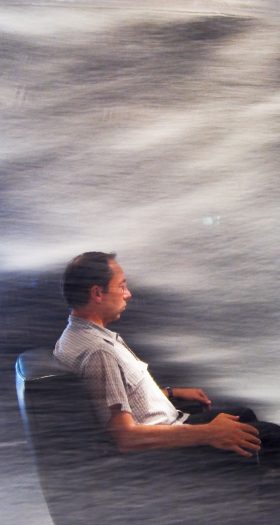 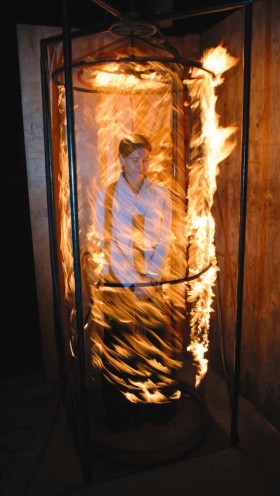 Volunteer stands in the middle of a spinning cage on fire, like being in a tornado of fire! 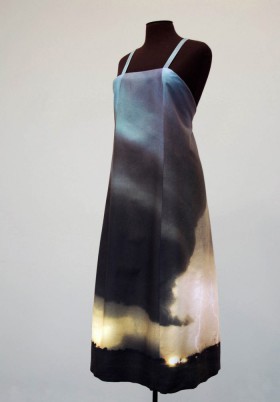 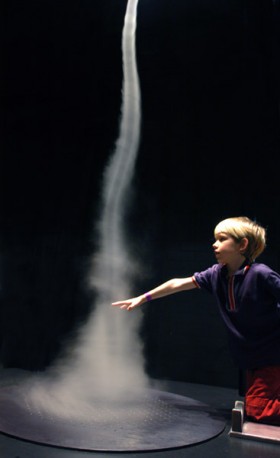 Нед Кан
Tornado
A 10-foot tall vortex is formed by air blowers and an ultrasonic fog machine inside a sculpture installed in the atrium adjacent to the Winter Garden. The vortex continually changed shape in response to the surrounding air currents.These fluctuations gave the vortex an erratic and life-like appearance. Viewers were encouraged to alter the shape of the vortex with their hands. The calm, central core of the vortex is clearly evident.
Kahn’s interactive scientific projects leave little doubt about his command of meteorological processes. Through his immense technical ability, he demonstrates the versatility of turbulent systems, such as the vortices of wind and water. He employs diverse mechanical, pneumatic and electrical technologies to design, build and refine his installations. This is how he constructs dazzlingly complex but comprehensible images of nature that respond to viewers, conform to architectural structures, and reveal environmental conditions. 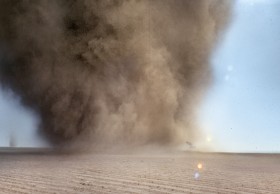 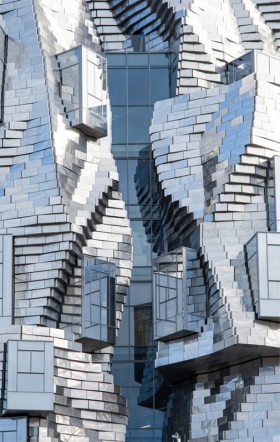 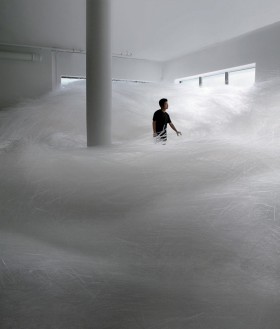 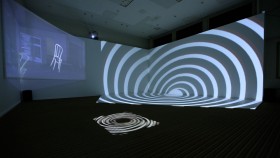 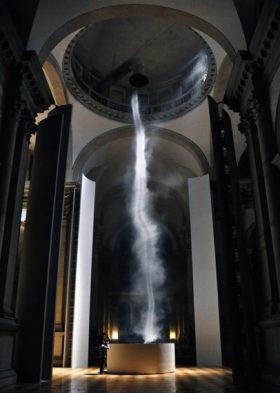 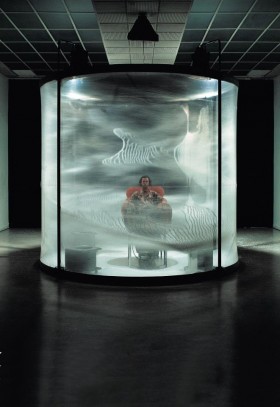