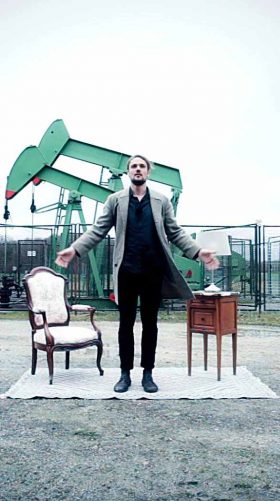 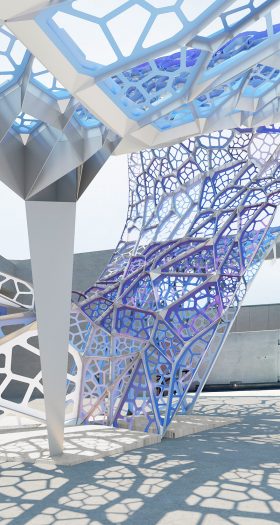 Lumifoil
Lumifoil is a temporary roof canopy at the Florida International University Paul L. Cejas School of Architecture. Our goal was to introduce a new “intrusion” at the heart of what FIU Architect Bernard Tschumi coined the “red generator,” thereby heeding his call for provocation in the form of an architectural intervention. This proposal responds to Tschumi’s discourse and the building itself might apply to the parametric digital project. Rather than design a canopy that is entirely emergent – a bottom up strategy in which the whole is the sum of its parts, and be definition, disconnected from its environment – we began with an overall form that is derived via a series of projected geometries generated directly from the cut out’s in the building’s envelope. These invisible forms intersect inside the empty container, providing a framework for generating a new surface. 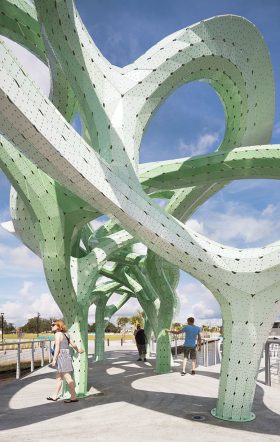 FORM OF WANDER
Where the Riverfront Park recreational space extends onto the waterway, this structure is situated to host new outdoor activities and new memories of the Tampa’s active waterfront. As an inverted mangrove, the green-hued aluminum canopy announces itself among palms as a signal on the Hillsborough River. The tree-like structure appears to float between water and land. 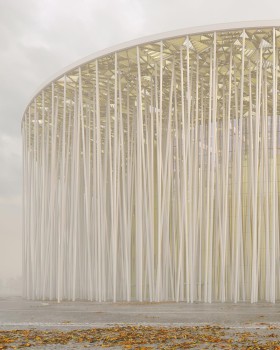 wuxi taihu show theatre design
The building’s appearance is composed of three primary elements, the columns, the shade canopy and the building envelope. Representing an abstract impression of a bamboo forest, the slender white columns are positioned around the perimeter of the building in such a way as to provide a screen between the building façade and surrounding landscape. The ‘bamboo’ columns clear around the various entrances to help frame the accesses into the building. 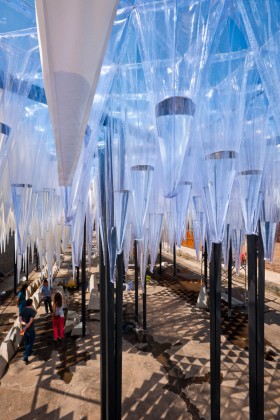 Water Cathedral
Supported by a minimal external steel framework, the inverted cones are suspended from a wire grid to capture rainwater within a plastic bag. Dripping at different pulses and speeds, water drops exit the textile covering to generate a cool atmosphere for visitors beneath the canopy. Stalagmites formed with concrete blocks double as benches, strategically placing individuals below the streams of water. 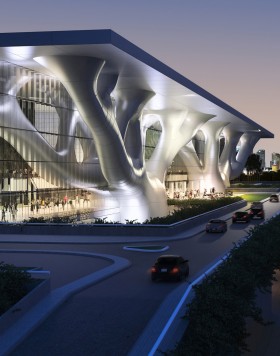 أراتا إيسوزاكي
이소자키 아라타
矶崎新
АРАТА ИСОДЗАКИ
qatar convention center
Arata Isozaki’s initial concept was based on the holy Islamic Sidra Tree, which symbolizes the end of the seventh heaven. Huge steel columns create a tree-like appearance and an illusion of two trees supporting the roof canopy. The columns of the building grow from two concrete bases along the façade and divide into four branches. These have octagonal cubes as structural cores. 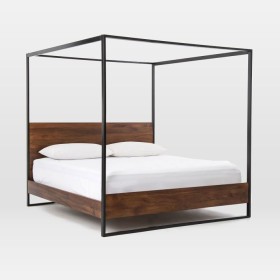 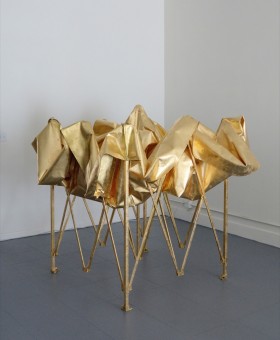 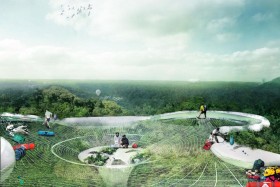 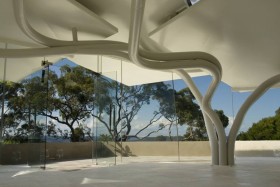 Leaf House is building that allows users to be inside and in-the-garden at the same time. It is a self contained cottage forming part of a coastal residence in Sydney; a Pavilion for experiencing Nature. The building integrates the environment and reflects qualities of the landscape: its canopy structure blends into the foliage; its podium base shapes the terrain. The design is characterised by curved copper roof shells resembling fallen leaves and a vine-like structural system channelling dynamic growth inside. Daylight filters through porous roof shells onto a podium deck and the open plan living areas. Views and reflections subtly modulate the surrounding garden through an enclosure of moulded glass. Private spaces offer introspection inside the sandstone podium buried in the terrain. The project entailed design and building roles as methods were improvised to achieve high technical complexity within cost constraints.