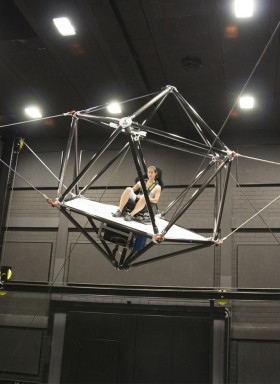 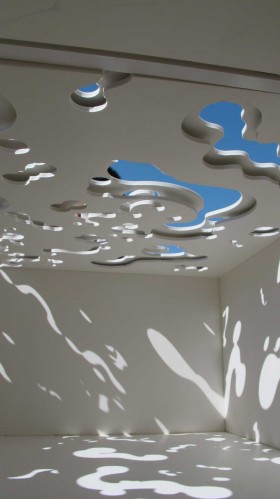 The Overall Effect of Flying with the Wind
Chen Qi has applied watermarked prints, woodcuts, books, installations, videos and other various media in his “Notations of Time” of 2010. In his new creations, he continues his exploration into “time”, “life”, “existence” and other basic issues with his off-screen language. Thus, his “Flying with the Wind” can be taken as an extension of his general concept of “Notation of Time”, as well as being closely related to his water-based printmaking which is a continuation of the infatuation with the traces of objects from Chinese wash paintings and the ink rubbings of ancient stele inscriptions. 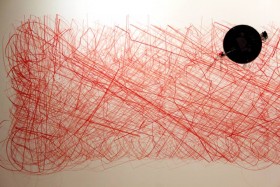 Crazyflie
The Crazyflie quadcopter was started late 2009 as a competence development project in the Swedish consulting company Epsilon AB in which all three of us where employed. This project was done on our free-time with component cost handled by Epsilon. In 2010 we finally decided to send to a video of the Crazyflie to Hackaday.com and that’s when things really took off. More development was done and we decided to make a Crazyflie kit that could be manufactured and sold as an open source development platform. To finance the development and manufacturing of the kit we created Bitcraze AB. At this point we felt that the project had outgrown the Daedalus Projects and decided to launch Bitcraze.se. The Daedalus projects website still exists to show off and advertise other Epsilon competence development project but the Crazyflie now lives in Bitcraze.Crazyflie is a small quadcopter that stated with a simple idea: get an electronic board to fly. We are three electronic engineer from Sweden and we wanted to make a small flying machine that could fly indoor (Sweden is often cold outside ) and with as few mechanical parts as possible. The result of this idea was a small quadcopter that uses its electronic board as main mechanical frame and with motors glued to the PCB:This fist prototype was as simple as possible while following our initial target to be small with the minimum of mechanical thought. After a couple of month of programming and debugging it actually flew and had some success when Hackaday featured it. This prototype was however a lot more frustrating to fly then it appears: each crash was potentially fatal for one or many motors. That made it quite stressful to fly as it would not allow mistake and we eventually broke all 3 prototypes (the red board is the 2.4GHz radio and was also a weak point).