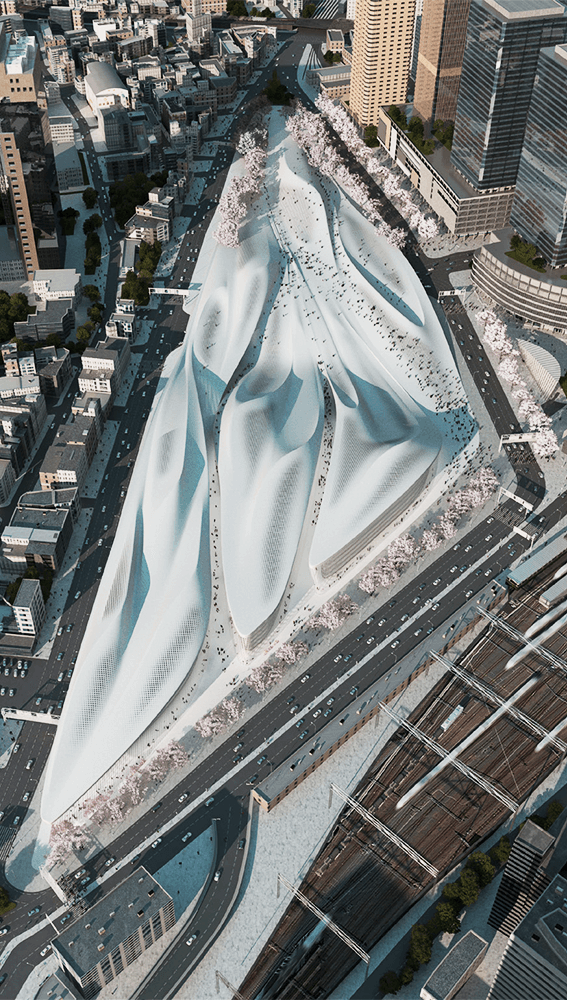 Cloud Osaka
Envisioned as a high-resolution urban interchange, Cloud Osaka embodies Biothing’s approach to complex design synthesis across multiple orders of scale. Due to its central position in the city, a high convergence of users and one of Asia’s densest transportation nodes found in the adjacent JR Osaka Station, the key driver for the project was to understand 2.5 million people traversing the site every day. This is nearly 10 times the number of daily passengers at the busiest airports in the world. Such an extreme volume of pedestrian traffic, compounded by other forms of traffic in the area, warranted choosing computational physics simulation ordinarily used to simulate systems like river flows; indeed, a key driver for the project became the concept of a “river of people”.