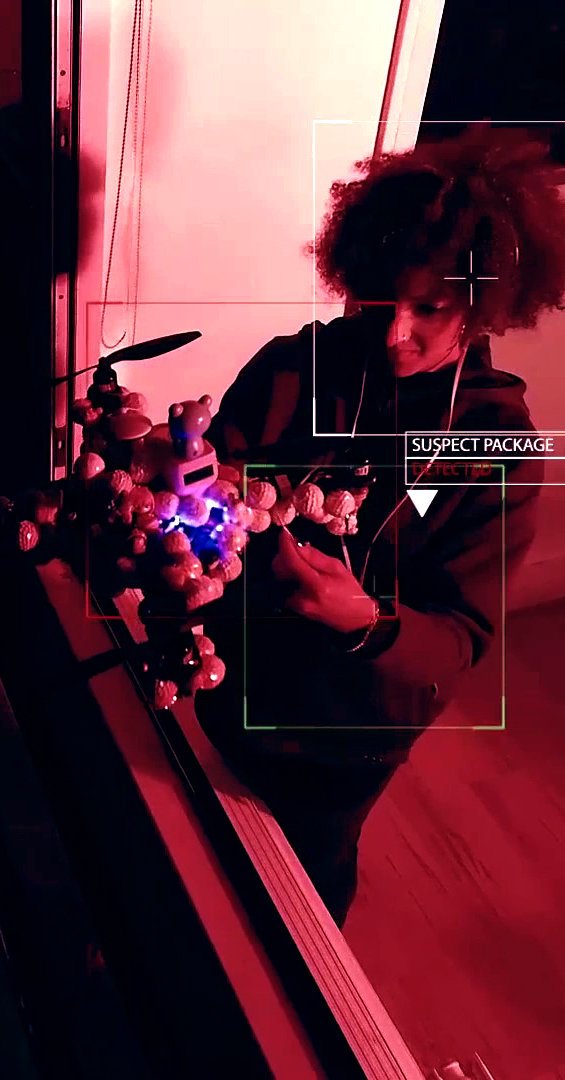 In the robot skies
In the Robot Skies is the world’s first narrative shot entirely through autonomous drones. In collaboration with the Embedded and Artificially intelligent Vision Lab in Belgium the film has evolved in the context of their experiments with specially developed camera drones each programmed with their own cinematic rules and behaviours. The film explores the drone as a cultural object, not just as a new instrument of visual story telling but also as the catalyst for a new collection of urban sub cultures. In the way the New York subway car of the 80’s gave birth to a youth culture of wild style graffiti and hip hop the age of ubiquitous drones as smart city infrastructure will create a new network of surveillance activists and drone hackers. From the eyes of the drones we see two teenagers each held by police order within the digital confines of their own council estate tower block in London. A network of drones survey the council estates, as a roving flock off cctv cameras and our two characters are kept apart by this autonomous aerial infrastructure.