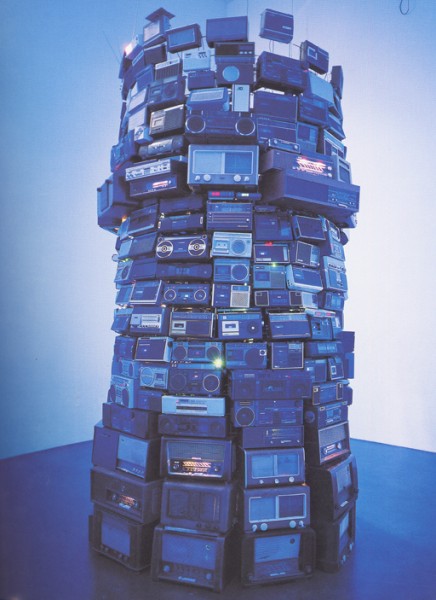 Babel consists of around 800 radios of varying ages, from the beautiful, large, valve radios which make up the bottom tiers of the tower to the smaller mass-produced electronic radios of recent years which form its summit. By using radios of decreasing size from the floor to the ceiling, Meireles emphasises the perspective and the sheer height of the work.
Furthermore, Babel constitutes a survey of radios from the 1920s to the present day, which in turn presents what the artist has described as ‘an archaeological sample of events’. Due to the time-based nature of the medium of radio, no two experiences of this work are ever the same.