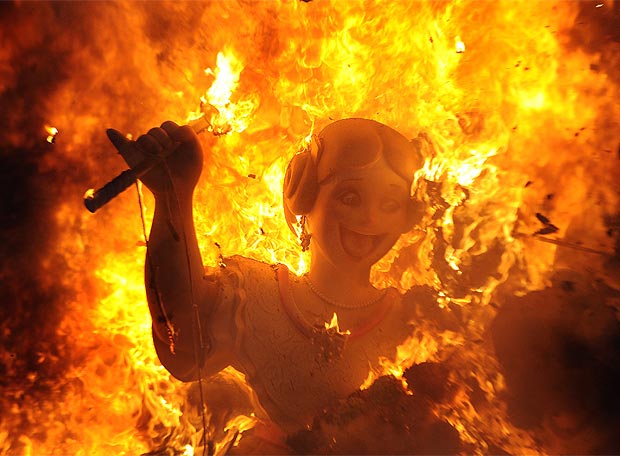 The Spanish have a thing for mixing raging parties with patron saints, and Las Fallas comes with the added touch of fire in this celebration of all things pyro. The fiery event has taken place since the city’s pagan days and incorporates a myriad of traditions. One relates to San José – the Saint of Carpenters – who is celebrated on the spring equinox. The local carpenters used the occasion to burn their wooden winter candleholders, called candelabra. That tradition morphed into a good excuse to set stuff on fire. The festival is also a week of puppets as Valencia fills with several hundred strange, intricate and otherwise weird fallas propped up around the city. The wood and papier-mâché effigies are generally critical or humorous portrayals of events and figures. Some are so big they take months to construct, with locals competing with their neighbours in effigy-making matches.