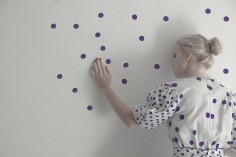 source:cristinacoralit
Educated in Italy where she lives and works as a photographer.
She has lived her childhood in an artistic environment.
Her father was a composer, music and art have always been a very important part of her life. She has chosen the camera as my main artistic expression since 2013.
Works in Italy, Berlin and Slovenia.
.
.
.
.
.
.
.
source:yatzercom
Viewing the work of photographers is truly a unique experience as it allows the observer the opportunity to truly “see” through another person’s eyes. That being said, it comes as no surprise that Italian photographer, Cristina Coral’s photographic series Alternative Perspective brings to heart a truly different view of what could be familiar but often overlooked subjects and locations, therefore both proving its title and living up to its promise.

At first, Cristina hadn’t orchestrated the results for the series. In fact, Alternative Perspective came about almost by chance. “During an editing session I rotated some photos [I had taken],” Cristina says. “I thought that altering the use of perspective creates a whole different perception. The title came spontaneously, and I immediately thought that it was perfect!” she shares when asked about how the series came about.
.
.
.
.
.
.
.
source:visualatelier8com
Cristina Coral is an Italian self-taught photographer. She grew up in an artistic ambient as her father, Giacomo Coral, is a renowned composer. Her childhood has been influenced by art and music, developing in her a creative vision. Cristina decides to pursue the artistic path as a photographer in 2012.

Cristina loves experimenting with light, colours, space, and female figures to create poetic photographs. At the first glance, the images seems to be rather static, but they embody a rich story behind every singular detail. The muses, which are mysterious young ladies, are captured by the artist in a minimal environment. An essence of fragility and loneliness are dominating most of Cristina’s photographs, but it is up to the viewer to study and capture the hidden narrative behind these enigmatic scenography.