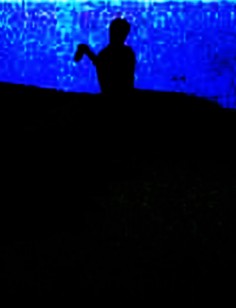 Das Lied von der Erde is a large-scale work composed in 1908-1909 by the Austrian composer Gustav Mahler. The work was described as a symphony when published, and it comprises six separate songs for two singers who take turns to sing the songs. Mahler specified the two singers should be a Tenor and an Alto, or else a Tenor and a Baritone. The work was composed following the most painful period in Mahler’s life, and the songs address themes such as those of living, parting and salvation. On the centenary of Mahler’s birth, the composer, conductor and Mahler champion Leonard Bernstein described Das Lied von der Erde as Mahler’s “Greatest symphony”.
.
.
.
.
.
.
.
source: hottop100songs

Gustav Mahler was a late-Romantic Austrian composer and one of the leading conductors of his generation. A Jew, he was born in the village of Kalischt, Bohemia, in what was then the Austrian Empire, now Kaliště in the Czech Republic. His family later moved to nearby Iglau, where Mahler grew up. As a composer, Mahler acted as a bridge between the 19th-century Austro-German tradition and the modernism of the early 20th century. While in his lifetime his status as a conductor was established beyond question, his own music gained wide popularity only after periods of relative neglect which included a ban on its performance in much of Europe during the Nazi era. After 1945 the music was discovered and championed by a new generation of listeners; Mahler then became a frequently performed and recorded composer, a position he has sustained into the 21st century. Born in humble circumstances, Mahler displayed his musical gifts at an early age. After graduating from the Vienna Conservatory in 1878, he held a succession of conducting posts of rising importance in the opera houses of Europe, culminating in his appointment in 1897 as director of the Vienna Court Opera. During his ten years in Vienna, Mahler experienced regular opposition and hostility from the anti-Semitic press. Nevertheless, his innovative productions and insistence on the highest performance standards ensured his reputation as one of the greatest of opera conductors, particularly as an interpreter of the stage works of Wagner and Mozart. Late in his life he was briefly director of New York’s Metropolitan Opera and the New York Philharmonic.