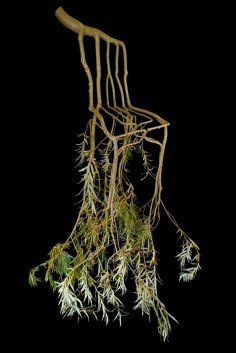 source:dogonewscom
Some people like to grow fruits, others prefer to focus on vegetables. Then there is Gavin Munro, who is partial to cultivating furniture. No, he is not a scientist with a crazy idea, but an ordinary man who is living his dream of growing “green” chairs!

The founder of Derbyshire, England-based Fully Grown, says the idea of creating “living furniture” came to him at a young age when he stumbled upon a bonsai tree that resembled a chair. Though it took another 25 years before Munro began to morph trees into furniture and an additional eight for his vision to become a reality, he never gave up.

To coax his trees to grow into chairs, Munro shapes and bends the saplings using custom-made plastic molds. As you can imagine, this is no easy task. For every 50 chairs made, 1,000 branches must be manipulated. This is in addition to the 10,000 shoots that have to be pruned at just the right moment to keep the trees healthy and maintain the right form. Once the desired shape is attained, Munro and his team continue to monitor the progress until the tree is mature and ready to be cut.

The chairs are usually harvested during winter and then allowed to dry for a few months. The furniture growers use this time to smoothen the arms and seats. In addition to making the chairs more comfortable this also helps expose the wood’s distinct grain. In addition to chairs, Munro also grows smaller objects, namely lamp shades, mirror frames and side tables. Though the initial crop of furniture was grown using willow trees, the company is currently experimenting with other tree types like Ash, Sycamore, Hazel, Crabapple, Sessile Oak and Red Oak.

The idea of molding trees into furniture is not new. The Chinese have been making stools by placing rocks in tree holes for centuries. However, Fully Grown is the first company that is attempting to make naturally grown furniture for the mass market.

Not surprisingly, the natural approach to creating furniture is extremely environmentally friendly. That’s because unlike conventional furniture, Munro’s trees are never cut, chopped or sent away to a mill. As a result they utilize 25% less energy. To ensure that the process is even “greener,” all molds are crafted from recycled plastic and the small office that sits in the midst of the furniture “grove” is powered by solar panels.

While Fully Grown’s one-of-a-kind chairs will not be available to the public until 2017, their smaller creations like the lamps are expected to be ready as early as 2016. But these treasures will not come cheap. Munro expects to retail each chair for a hefty sum of $3,700 USD! Though that may seem expensive it is to be expected given that it takes between five to eight years for each unique masterpiece to grow and mature.
.
.
.
.
.
.
.
source:fullgrowncouk
Taking a radical stance on the way we produce our objects, Gavin Munro and Full Grown are at the cutting edge of an emerging art form, an art form that highlights an interesting way to be closer to art and nature and to create symbiotic abundance for both.

Challenging the way we create products as well as how we see the items with which we surround ourselves, the Grown Furniture has an immediate tactile, visceral and organic appeal.

The first seed was sown when as a young boy playing in the garden, Gavin noticed an overgrown bonsai tree had the distinct appearance of a chair.

It was an image that stayed in his mind for 25 years.

The second seed had time to germinate when he had lots of time to think about that chair a few years later. Gavin went through several operations to straighten his spine.

Gavin in the frame that held his neck straight while the bone graft healed.

“It’s where I learnt patience. There were long periods of staying still, plenty of time to observe what was going on and reflect. It was only after doing this project for a few years a friend pointed out that I must know exactly what it’s like to be shaped and grafted on a similar time scale.” – Gavin Munro

The third and final seed of the project sprouted twenty years later on a beach in San Francisco – after Art College, a Degree in Furniture Design, an apprenticeship to a cabinet-maker and a long stint building with natural materials in Scotland and California – Gavin had a period of making driftwood furniture.

It was a sheer delight to see what new materials each tide would bring, then a matter of stitching the wood back together – each ‘stitch’ fitting into carefully cut-out mortices.

This was the moment Gavin realised that we could grow trees directly into beautiful and useful shapes.