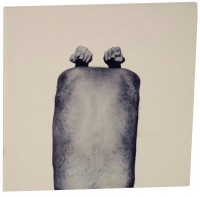 English photographer, painter, writer and curator. He took his first photographs in 1941, whilst serving in the King’s African Rifles in Ethiopia. On his return to London in 1946 he studied painting, and had a first exhibition of his tachiste-influenced abstract paintings at the New Visions Centre Gallery, London, in 1957. Inspired by the exhibition The New American Painting (London, Tate, 1959), Coplans moved to the USA in 1960 and began teaching at the University of California at Berkeley. In 1962 he co-founded the periodical Artforum, to provide coverage of the growing West Coast art scene. In 1971 he settled in New York as the editor of Artforum, a position he held until 1977. A year later, under the influence of his friend the photographer Lee Friedlander, he began once again to take photographs. He abandoned journalism, writing his last article, on Philip Guston’s influential late figurative paintings, in 1980.
In 1984 Coplans began taking the photographs of his own body with which he established his international reputation as an artist. These large-scale black-and-white images, enlarged from 4×5 inch Polaroid photographs and often presented in groups, are candid and sometimes humorous explorations of his own body. By cropping off the head, Coplans presents these depersonalised images of the body as a surprising, intriguing object, fascinating in detail and malleability. His work also stands as a riposte to the cult of youth and beauty represented by commercial photography and what he saw as the vanities of the 1980s art world.