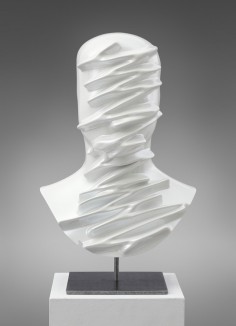 Jon Rafman is an artist and filmmaker whose work examines the effects of contemporary technology, particularly on interpersonal relationships.

Artist Jon Rafman uses software to digitally render sculptures and then applies Internet-sourced images to them. The works of many recognizable artists are re-appropriated in this on-going series of work, entitled “New Age Demanded”.