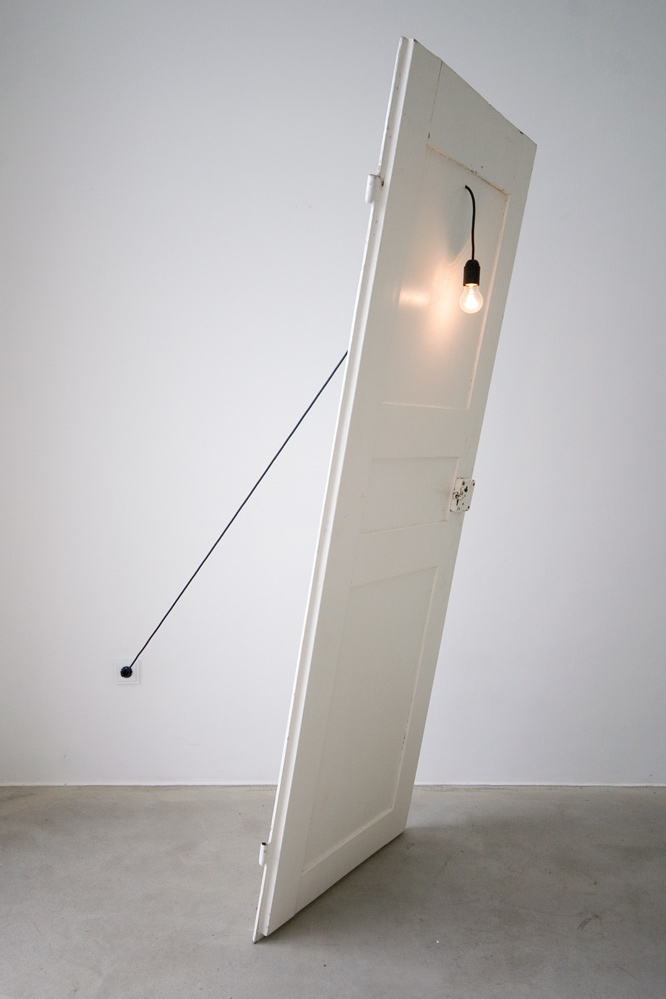 Valentin Ruhry, born in Graz, Austria in 1982, has worked primarily in sculpture. In an analytical, scientific approach, he creates works inspired by technological achievements though it is often the out-dated, obsolete ideas once believed to be visionary that inspire him. Regularly examining the formal and aesthetic aspects of objects, one of his major themes is light and its modulation of volume as well as physically measureable qualities such as tension, force, and friction.