Tower C
‘tower C’ by zaha hadid architects within the Shenzhen bay super headquarters base responds to its location at the intersection of the city’s planned north-south green axis and shenzhen’s east-west urban corridor. Connecting directly with its adjacent park and plazas, which transform into a terraced landscape extending upwards within its two towers, the design invites the public into the heart of the building where cultural and leisure attractions are housed in sweeping bridges that tie the towers together and give panoramic views of the city. 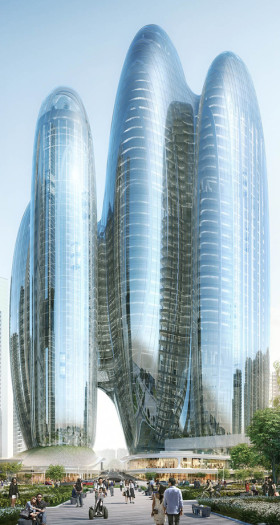 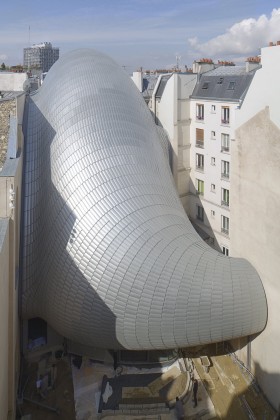 The New Pathe Foundation Headquarters
Renzo Piano Building Workshop designed the “organic creature” in the courtyard of a 19th-century block to house the new headquarters of the Fondation Jérôme Seydoux-Pathé – dedicated to preserving the history of French film company Pathé and promoting cinematography.
The egg-shaped form connects to the surrounding Haussmann-era buildings at four points. Its form curves away from the existing buildings and its top peeks over the roofline. 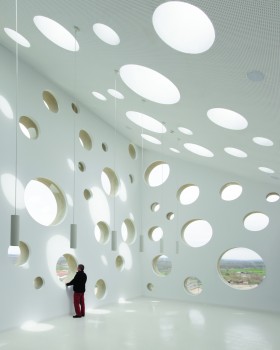 Headquarters ‘Ribera del Duero’
Fabrizio Barozzi and Alberto Veiga began their career together in 2004 in Barcelona. EBV is an architectural practice devoted to architecture, urbanism for both public and private sectors. EBV has won numerous prizes in national and international competitions. Projects that stand out for their singularity include the rehabilitation of the Santa Clara Convent in the historic city centre of Úbeda, Andalucía (under construction); the Congress Hall of Águilas, Murcia (built); the Headquarters of Ribera de Duero in Roa, Burgos (built); and the Philharmonic Hall in Szczecin, Poland (under construction) 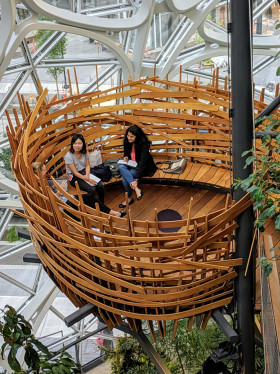 The Spheres
nest
The Spheres, a dynamic new workplace at the heart of the Amazon headquarters in downtown Seattle, today opened to members of the press and select Amazon employees. 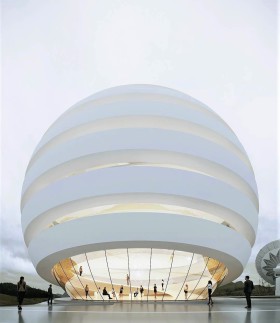 Mexican Space Agency
WINNER OF THE MEXICAN SPACE AGENCY’S CONTEST TO DESIGN A NEW HEADQUARTERS, SLOT’S CAMPUS DESIGN RESPONDS TO THE AGENCY’S NEED FOR COHESION, INTEGRATION AND COMMUTABILITY –VALUES THAT BECAME THE PROJECT’S INFORMING PRINCIPLES– EXPRESSED IN THE CIRCULAR LAYOUT FOR CONSTITUENT STRUCTURES. PEDESTRIAN PATHWAYS SPIRAL OUTWARD FROM THE MAIN PLAZA LYING AT THE HEART OF THE CAMPUS AND, AS IF BENDING WITH THE GRAVITATIONAL PULL OF THE MAIN BUILDINGS, VEHICLE ACCESS WAYS WIND IN AN AROUND THE CAMPUS SPACE. 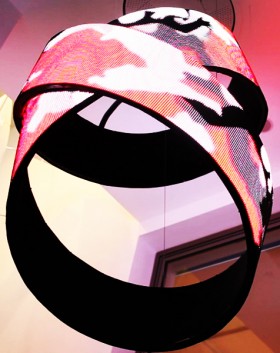 Crossroad
Crossroad is an LED sculptural installation permanently installed in the lobby of the DKV headquarters in Zaragoza, Spain. It’s looping shape invites viewers to explore the artwork from different angles. The artist also took advantage of the windows around it to visually extend the experience of the piece. 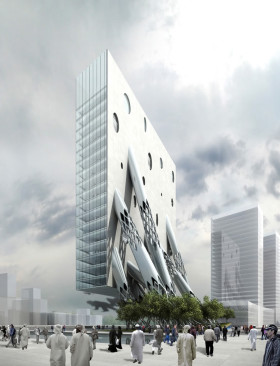 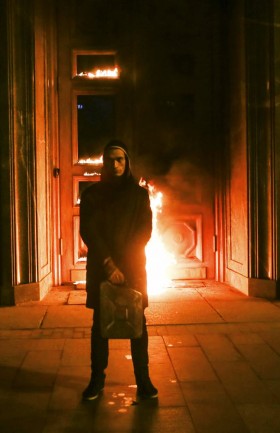 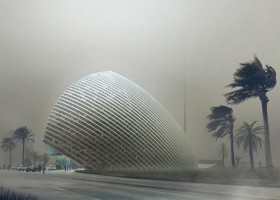 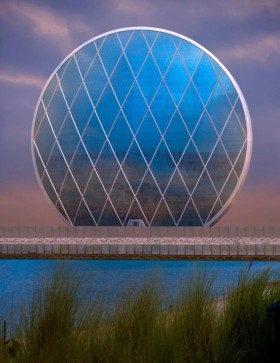 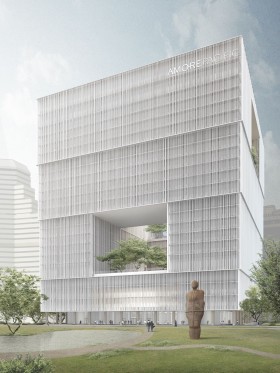 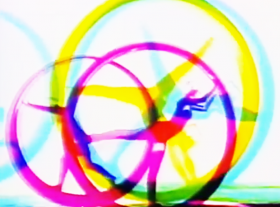 Circles II
Doris Chase has achieved international stature as a pioneer in the field of video art since she moved from Seattle to New York City in 1972. An artist of remarkable and continuous creativity, Chase now divides her time between her video headquarters in New York and a Seattle studio where she works on new projects in painting and sculpture.Beginning as an innovative painter and sculptor in Seattle in the 1950s, Chase created sculpture that was meant to be touched and manipulated by the viewer. Chase then developed large-scale kinetic sculptures in collaboration with choreographers, and her art was set in motion by dancers. In New York, her majors contribution to the evolution of artists’ video has been her work in videodance. On videotape, dancers and sculpture evolve into luminous abstract forms which represent some of the most sophisticated employments of video technology by an artist of the 1970s. In the 1980s, Chase began working in the nascent genre of video theater. In these productions, she uses the imtimacy of the video screen to achieve a new synthesis of visual and dramatic art. Her video theatre compositions present multicultural and social commentary, utilizing scripts by writers such as Lee Breuer, Thulani Davis, and Jessica Hagedorn in the “Concepts” series. Collaborating with actresses Geralding Page, Ann Jackson, Roberta Wallach, Joan Plowright, and Luise Riner in the “By Herself” series, she focuses on the viewpoints and experiences of older women. Today, coming full circle, Doris Chase in Seattle is exploring a renewed interest in painting and sculpture as well as in the modernist aesthetic she never really ceased pursuing, even during her most adventuresome multimedia years. 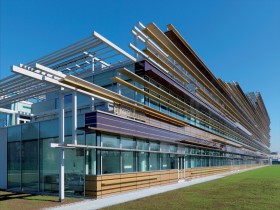 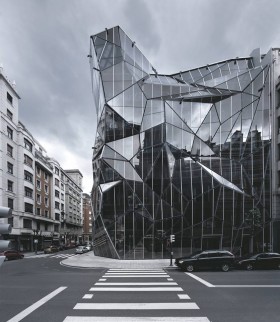