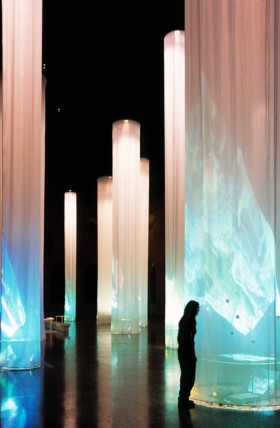 تويو ايتو
伊东丰雄
טויו איטו
伊東豊雄
도요 이토
Palladian Basilica
This is the imagery evoked by Ito at the Palladian Basilica: “The austere hall has dissolved into a fluid volume, inside which float luminous and almost vital algae for the dozens of visitors who “swim” and group around, like fish in a fluorescent abyss, or in an urban “aquarium” “. 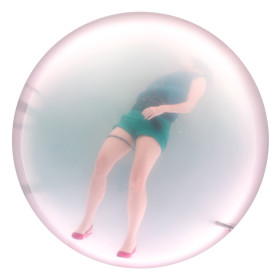 Holoscenes
Lars Jan is a director, media artist and artistic director of Early Morning Opera, a Los Angeles-based art lab specializing in live performance. Along with co-producers MAPP International Productions, Early Morning Opera is currently developing HOLOSCENES, a hybrid of performance, installation and public spectacle featuring a series of rituals gathered from sacred and secular spheres and performed in a triptych of hydraulically-animated, jumbo aquariums. 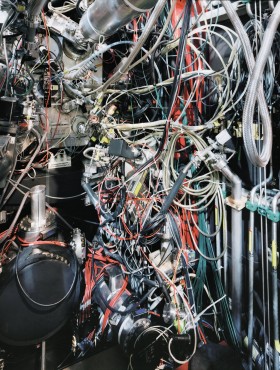 Tokamak Asdex Upgrade Periphery | Max Planck IP,Garching
Since the end of the 1970s Thomas Struth dedicates his work to the world of buildings and constructions as a visible, physical and sculptural symbol of our civilisation.
Struth’s earlier works mainly comprised architectural shots of deserted streets, squares and houses which he aimed to capture by the term unconscious places. His more recent work, however, reveals his interest in sites of high technology and places of exhibition and display. Both his work Tokamak Asdex Upgrade Interior 2 (2009) which was taken at the Max-Planck-Institute in Garching and his photography of a massive concrete construction at the Acropolis Museum, Athens (2009) bear evidence of this new focus.
This excellent selection of Struth’s works enables us to trace his development as a Photographer from small-sized prints from his time as a student of Bernd and Hilla Becher to large-sized photographic tableaus, and to experience Struth’s sculptural understanding of architecture. In addition to that the installation is supplemented by his largest work, a shot of visitors in front of the Aquarium, Atlanta, Georgia (2013) which follows the pattern of his Museum shots. 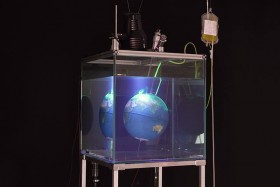 An aquarium containing a domestic globe, a motor to turn the globe and electronic valve or drip feed which releases a fluoresceine tracing dye onto the sphere. As the sphere turns, the green dye wraps itself around the sphere, enveloping it in what appears to be a thin gas or atmosphere that surrounds the planet Earth. The difference between emissions and atmosphere, the ‘man-influenced’ and the ‘natural’ climate cannot be easily defined. 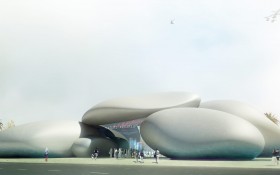 Inspired by the characteristic pebbles of the Batumi beach, continually shaped by the wash of the waves through millennia, the building stands out as an iconic rock formation visible from both land and sea. The formation constitutes four self-supporting exhibition areas where each of the four stones represents a unique marine biotype – the Aegean Sea & the Mediterranean Sea, the Indian Ocean, the Black Sea & the Red Sea and finally the more interactive exhibition space for teaching and “edutainment”.”The building will become a landmark and an organic reference to all elements of the sea”, explains Design Director and Partner at Henning Larsen Architects, Louis Becker. “It captures the special atmosphere by the sea and thus becomes a tribute to the power of the sea!” 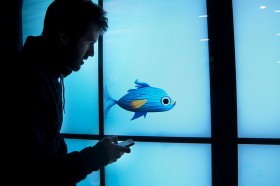 The interactive aquarium is installed in store front windows in 6 cities across the US. Using computer vision the seascape will react to the motion of a user, seaweed will sway and fish will scatter. Users can then dial in with any mobile device and create a fish using their voice. As they connect in realtime the sounds they make are analyzed and create a dynamically generated fish. You can then enter that fish into the aquarium and use your key pad to eat various pieces of fish food that will transform and morph your fish into creatures. The application will remember the state of your fish so that when you call back later you can evolve your fish even further. 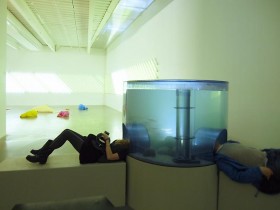 Aquarium proposes the direct contemplation of the link between the human being and the animal kingdom far from any anthropocentric perspective. For this, the artist arranged a fish tank with three holes underneath, so that the spectators could notice – lying down – the behavior of aquatic life from another point of view, influenced by the hypnotic pattern created by the fish in the water. . The public, being “submerged” and exposed only to what they can see inside the tank and the sounds that can seep in from the outside, are immersed in a separate reality.