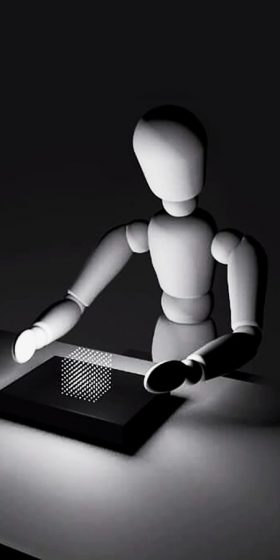 Divide, Multiply
The King Deluxe label teamed up with animator Keita Onishi to create an innovative music video for ‘Divide, Multiply’[…] The final result is a seriously aesthetically pleasing work of videographic art, living up exactly to King Deluxe’s ‘audio-visual laboratory’ manifesto. With its geometric simplicity, and cog-like machinery driven by symmetrical beats, the video instills the utmost satisfaction deep within every viewer. 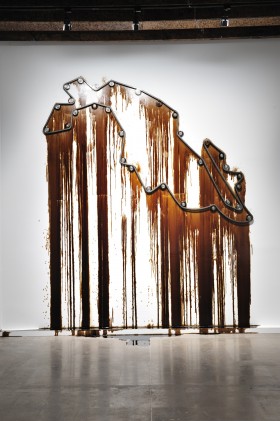 I-Machinarius
In I-Machinarius, Mexican artist Marcela Armas presents a map of her native country, which takes the form of machinery whose belts are continuously lubricated by oil. In front of the map, presented here in an inverted form, the black liquid flows towards the “north”, acting as a symbol of Mexico’s economic dependence on the United States. 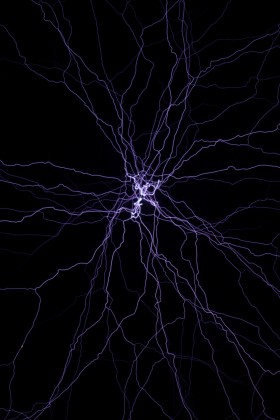 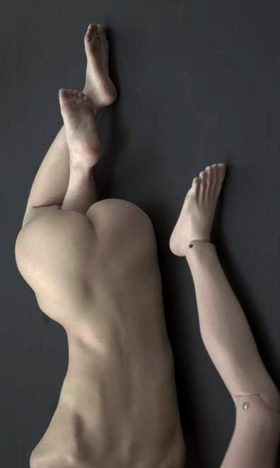 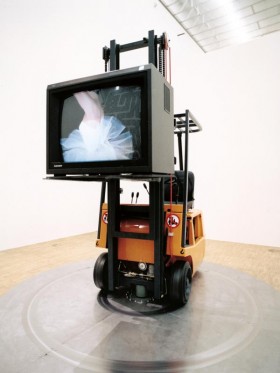 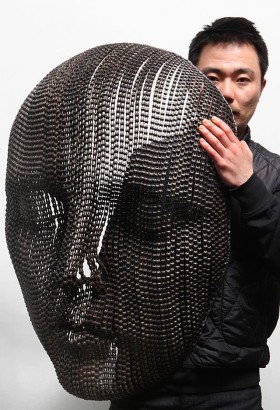 Seo Young Deok’s work aims to reflect the disease-like contamination we experience caused by materials in our society, he hopes to reveal the amount of suffering it places on the modern-day human. To express this, he utilized metal chains to create the modern man. Chains were made by our civilization and created through mass production, yet it is also just one accessory, one part in a massive piece of machinery. He considered each part of the chain a human cell and used the chains to create a human figure. Thus, this being’s form has been created in contamination by materials in our current world. 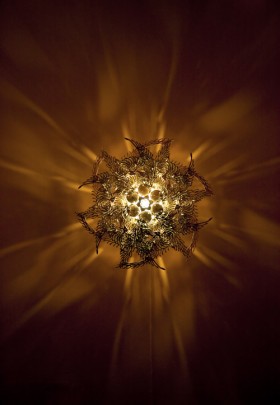 チェ·ウラム
Cakra Lamp
CHOE U-RAM’s work engages a fanciful dialog of aesthetics and machinery and explores themes of biological transformation, flight, and movement. In his recent work, large-scale metal and plastic automata materialize with such a delicacy and weightlessness that it seems to take on the shape and silhouette of an organic life form. Motors, heat and light sensitive materials add to the intricacy of Choe’s kinetic sculptures. 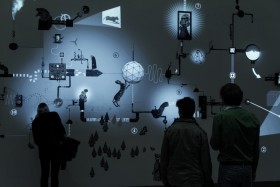 Mécaniques Discursives
This installation project has developed out of the encounter of the engraver Fred Penelle with the video artist Yannick Jacquet (Legoman). It is a mixture of engraving and video projection representing a sort of absurd and poetic machinery unfolding across walls like some exquisite corpse using the principle of a chain reaction as its starting point. Frédéric Penelle has been going to great lengths for a number of years to release engraving from its traditional context and “beautiful paper”. He uses his installations to breathe new life into engraving by moving it off a path that is too well trodden. As regards Yannick Jacquet’s work, this is marked by a desire to step outside of traditional projection formats and put video into space. The main tool is audiovisual performances, installations and stage design. Their shared desire to leave the beaten path of their respective disciplines brought them together in this project. 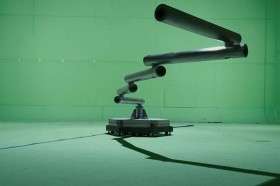 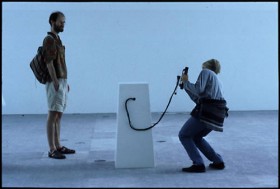 This work is constituted by a white pedestal on which there stands an LCD colour monitor connected to computing machinery by a cable running through the pedestal. The viewer of this work picks up and holds this monitor in his hands. The screen shows a representation of the pedestal with a computer-generated image of a golden calf on top. By moving the monitor around the actual pedestal the viewer can examine this golden calf from above and below and all sides. Thus the monitor functions like a window that reveals a virtual body apparently located physically in the real space.