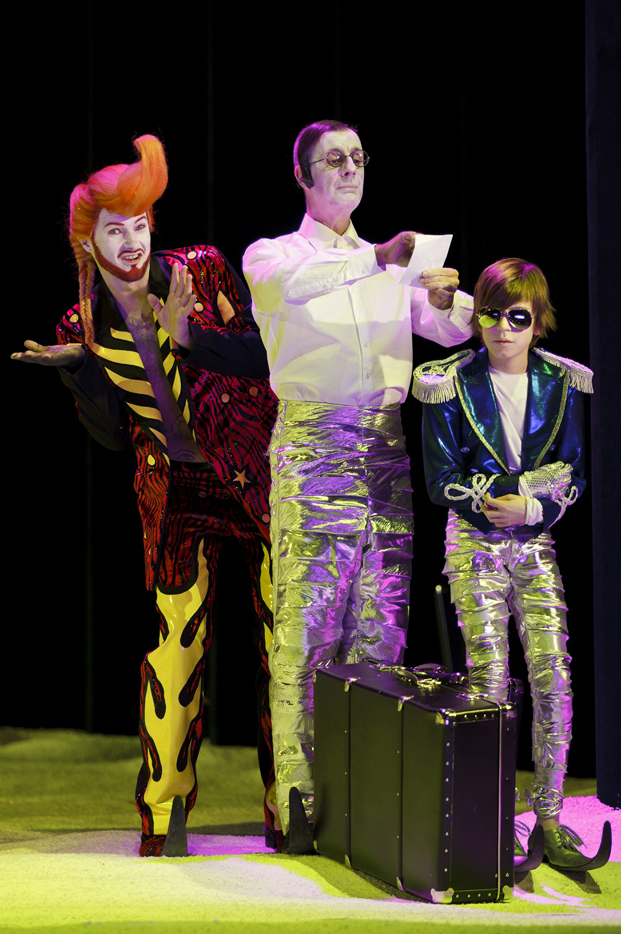 Gogol
“The opera’s three acts are divided into seven scenes which blend fact with liberal amounts of invention. Among other things, Gogol wrestles with his (and Russia’s) demons by night, obsesses over his will and funeral arrangements, gets abused by doctors (‘but I don’t drink alcohol,’ he cries; ‘all the more reason for a leeching,’ they reply), bats away bothersome suitors with disconcertingly large papier-mâché breasts, falls in love with a nymph, and undergoes a literary show trial which culminates in his death.”
By Zwölftöner