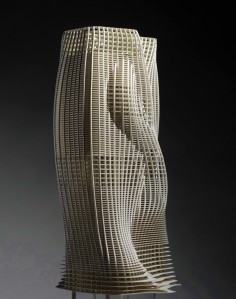 source:oceandesignresearch
The OCEAN Design Research Association is a not-for-profit association registered in 2008 in Norway that conducts inter- and transdisciplinary research in design across creative disciplines.

OCEAN was initially founded in 1994 as a collaborative and interdisciplinary network focusing on research by design in architecture and urban design. Its scope was expanded in 1995 onwards to include numerous other creative disciplines. Today the association has 24 active members and 9 honorary members that collaborate in the context of OCEAN’s research areas and frameworks and in related contexts of strategic importance.

We welcome collaborations in the context of our existing research areas, proposals for new collaborative research initiatives and trajectories, as well as intensive collaboration with academia and practice.
.
.
.
.
.
.
.
source:fraccentrefr
The multidisciplinary and international network named OCEAN conducts research at the point where architecture, industrial design, engineering, biology, ecology and micro-climatology all intersect. Blending computer-assisted design and experimentation with physics, the collective implements a biological paradigm to develop their morpho-ecological design approach to the architectural project. They are able to do this thanks to the computer-generated design methods they have developed for integrating ecological, topological and structural data. In particular, OCEAN endeavors to study locally and globally the qualities and material behavior of the architectural system in order to optimize its performance at every level. Differentiated, multi-performing and dynamic forms emerge from this intermingling of parameters, with the resultant forms reacting and adapting in relation to fluctuating environmental conditions. In the project for the Jyväskylä Music and Art Center (2004), the building’s structure is generated by combining the distribution of its spaces with acoustical data, while also allowing for the modulation of natural lighting according to the season. The group has grown to envisage architecture as a porous membrane, as exemplified by their Complex Brick Assemblies research project (2005-2010), a brick wall with openings acting as a filter between the interior and exterior.

In 1994, Michaël U. Hensel (b. 1965) and Tom Verebes (b. 1965) founded the OCEAN association in London, a network initially comprising six centers (London, Helsinki, Oslo, Ljubljana, Cologne and Boston) and blending teaching, practice and architectural research. In 1998, a scission led to the la creation of two entities: an English (OCEAN UK) and American (OCEAN US) branch directed by Verebes; and, OCEAN NORTH, gathering the other centers and headed by Hensel. The latter branch operated under this name until 2008 before taking up the initial name again following the integration of new teams. OCEAN has links with many schools of architecture around the globe (Architectural Association, London; Technion’s Computer Oriented Design Laboratory, Haifa, the AHO – Oslo School of Architecture; and the University of Technology, Sydney) and their projects have been the subject of several exhibitions (2002 and 2004 Venice Biennale; Beijing biennale of architecture, 2004 and 2008; FRAC Centre, Orleans, 2008; Seville Biennale, 2009; and at the Pratt Manhattan Gallery, New York, 2010).