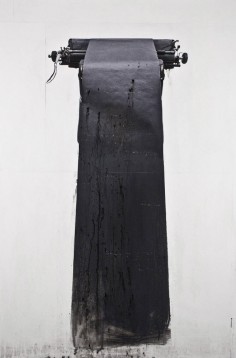 Petterson attempts to capture the essence of a split-second in time. His current photography-based work explores various themes of lighting to create elements of mystery. Rembrandt and the Dutch masters’ use of light have strongly influenced Petterson; important elements are highlighted and the mind must fill in the rest. Fabric and movement are also subjects of fascination for the artist. He believes that the integration of movement and fabric are similar to brushstrokes. The chance and artistic freedom involved in motions of dance and similar movements are also reflected in his mixed media work.

Recently, Petterson’s focus has been on painting, photo- based works, steel sculpture, and photography. Music has always been a very important facet of the artist’s life, whether it be playing, composing, or simply appreciating music. He has explored performance art, film and kinetic work involving his own music compositions, set design and choreography.